An “extra” million pounds set to be spent on cleaning up Thurrock! 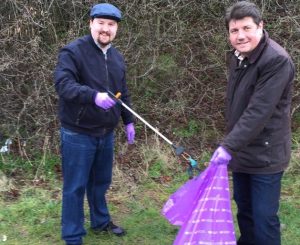 OVER a million pounds more could be spent on cleaning up Thurrock over the next twelve months.

The plan was announced by the leader of Thurrock Council, cllr Rob Geldhill at a cabinet meeting on Wednesday night.

Cllr Geldhill also took the time to thank UKIP for their attendance and co-operation in the planning and preparation of the budget, which is set to be voted in February.