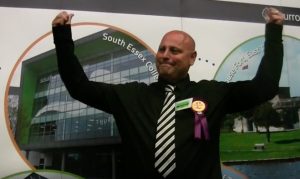 A UKIP councillor for Tilbury was arrested over Christmas in relation to an alleged domestic incident in Stifford Clays.

YT understands that the councillor in question was John Allen, who has represented the Tilbury St Chads ward since May 2016.

An Essex Police spokesperson said: “Police were called to a domestic incident at an address in Gourney Grove, Stifford Clays at around 7pm on December 27th.

“He has since been released without charge”.

YT spoke to cllr Allen, who made no comment, but instead referred us to UKIP’s press department.

A Thurrock UKIP spokesperson confirmed that they were aware of the incident. They added: “Cllr John Allen was hospitalised and then released without charge.

“We knew about the incident on Dec 27th and let Thurrock Council know within 24 hours.

“We have not suspended cllr Allen nor initiated our own investigation as there were no charges.”

“The Independent Police Complaints Commission (IPCC) is investigating the incident and so we cannot comment further while this is ongoing.”