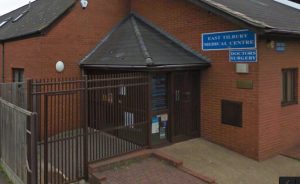 The practice, which is well liked by residents, announced in October that it would close imminently and NHS England had initially planned to disperse the patient list to other GP practices outside East Tilbury.

However, councillors have agreed to start discussing how they may progress and support the purchase of the building enabling the practice to continue to operate in the area.

Cabinet Member for Education and Health, Cllr James Halden, welcomed the decision: “When I attended the public meeting in October, it was clear that residents were outraged about the changes and how it was handled. There was clearly concern about the future of GP services in the community – this action should go some way to ease some of their concerns.

“That said, lots can change from now until a service is operational – and as such, I have to remain cautiously optimistic – this is certainly a great first step.

“Working with our partners in at the Clinical Commissioning Group, we were able to maintain GP services since October and until a long-term solution can be found.”

However, cllr Halden also made a special plea to East Tilbury residents on Facebook. He said: “I ask people not to speculate about the terms of contract on social media”.

The leader of the council, cllr Rob Gledhill made the point again, stating that “We have seen this before..and then the price has been hiked up.”

For more information on health services in Thurrock, please go to thurrock.gov.uk/health

News item begins at the 32nd minute of film.