Blogpost-Could we see a Lib-Dem comeback in Thurrock? 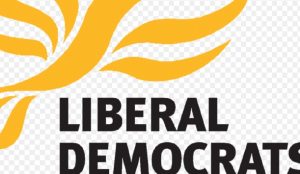 The Lib Dem Fightback is on in Essex
2017 looks to be another good year for the party.

The truth is that 2015 was a very challenging year for the Liberal Democrats — plummeting to 8 MPs and 8% of the vote, losing their only MP in Essex. Despite the reports of the party’s all but sudden death in May 2015, all of the signs indicate that a revival is well underway for the party.

The Liberal Democrats have nearly doubled their membership since May 2015. Across the country in 2016, we made a net gain of 29 seats in by-elections and gained 45 at May’s local elections, and became the only party to gain a council as we gained every single Conservative seat and secured a majority on Watford Borough Council.

Sensationally, in December, the Liberal Democrats gained Richmond Park, with Sarah Olney becoming their ninth MP, following a strong second finish in Witney with a 19% swing from Conservative to Liberal Democrat. Just this Thursday, a gain from the Conservatives in Gade Valley made Three Rivers the second council to fall under Liberal Democrat control in less than 12 months.

Much has been made about the difficulties the Liberal Democrats will have in ‘Leave’ areas — with Essex voting 62% to leave — as Britain’s only pro-European political party. However, in areas that have traditionally been favourable for the Liberal Democrats — such as Uttlesford, Chelmsford and Colchester — the result was much closer than that. Interestingly, with the Liberal Democrats garnering 71% of the vote in a recent Taunton by-election, Leave-voting areas are also proving no obstacle for the rejuvenated party.

These figures will send chills up the spine of all Labour and Conservative election agents. The Liberal Democrat fightback is well underway.

4 Responses to "Blogpost-Could we see a Lib-Dem comeback in Thurrock?"