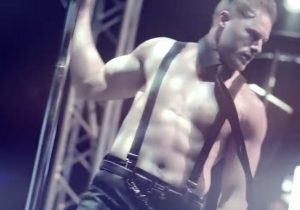 WELL ladies went to the Thameside Theatre to see Forbidden Nights on Saturday (January 14th) in order to see what they thought was a cool hot act.

And we hear it was going so well as the well-oiled hunks did, what is commonly known as, their thing.

And temperatures got even hotter when they introduced a touch of pyrotechnics into the act.

But then the fire alarms went off! The audience were escorted out to Orsett Road in Grays, where, the temperatures plummeted!

The ladies were not happy and a number have complained.

A spokesperson for the Thameside Theatre said: “The show features a fire act which is performed under controlled conditions and has been replicated in theatres nationwide. However, for reasons currently being investigated, the fire alarm in the auditorium was falsely activated and a full evacuation was initiated as per our risk assessments.

“Thurrock Council’s first priority is the safety of all of our residents and service users. Although false evacuations can be disruptive for attendees, processes and protocols must be followed.

“The correct procedures for a fire evacuation were followed on Saturday – which were in line with previous training fire drills.

“Thurrock Council would like to apologise to those affected by the evacuation, but would also like to thank everybody for their understanding”.