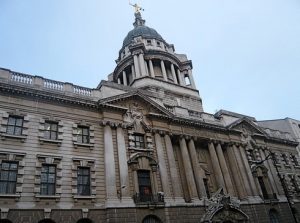 KATHRYN Adedeji and her sister, Blessing, of Greenwich and Tower Hamlets, were found guilty of unlawfully subletting their social housing properties following a trial at The Old Bailey in London which concluded today (Monday 23 January).

Kathryn, who was previously employed by Thurrock Council, and Blessing were both accused and found guilty of unlawful subletting, contrary to the Prevention of Social Housing Fraud Act 2013. Kathryn Adedeji had sublet her social housing property over 22 months between March 2014 and December 2015 to her sister Blessing, who in turn had sublet her own social housing to other tenants.

Leader of the Council, Cllr Rob Gledhill spoke today following the verdict. He said: “I’m extremely proud of our fraud and legal teams who professionally led a large investigation which has ultimately resulted in successful criminal prosecutions.

“It is disappointing that actions such as these can deprive deserving families of a social home.

“Although this case was complex, it is clear that we do not hide from difficult cases but will prosecute to the full extent of the law. It should also send the positive message out that we do listen and act when people blow the whistle.”

Sentencing is due to take place on Thursday 26 January 2017.