Colonel Whitmore is a considerable figure in South-East Essex, and his statement about women labour in France, some ploughing with three horses and others loading a muck cart as high as any in Essex are laden, is certain to claim considerable attention, as also his belief, that such work has got to be done in England. 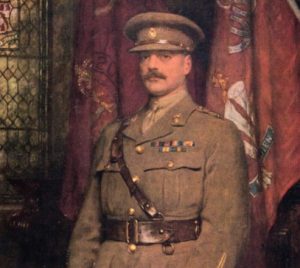 On the opposite side, I can only express the opinion that neither kind of work is fit for women. Their duty to the world is so different to that of men that it ought to be a common-place amongst us that continuous physical toil is unfitting for them. They ought to be spared it and the nation’s necessity must be notated higher than a call to such work.

No woman of any grade of life ought to be expected to do work which an educated, refined woman would shrink from doing. In addition, look to the unfairness of continuous exhausting outside work, for it never wholly saves a woman from some share in household occupations; think of it’s unfairness to generations yet to arrive. The man who loads the muck cart usually gets a woman to do repairs rendered necessary to his clothing, but the woman so employed would be expected to engage in such work when she got to home or lodging; certainly for herself, probably for other people.

Stifford Juniors met Ockendon in their return match at Ockendon on Saturday. A fast game ensued, the Juniors having the better of matters at the outset, scoring 5 goals before changing over. In the second half Ockendon had the advantage of the wind, but failed to score. The visitors added two more goals. Final , 7-0. Scorers; Moor (3), Glover (2), Hills (1) and Bannister (1).

MOTOR PLOUGHING TO GO ON DAY AND NIGHT

Mr G.E. Carter, motor engineer, of High Street, Grays, has been appointed organiser for the Orsett District for the introduction of motor ploughing tractors to add to the food production of the country. He has been entrusted by the authorities with the training of ploughmen and drivers in the use of mechanical ploughs and caterpillar tractors, and the work of organisation locally has already started. One tractor is in use at West Thurrock, and Mr. Carter hopes soon to start others in the district. The Government scheme is to provide a service of ploughmen and drivers working eight hour shifts of three shifts a day, seven days a week. By this means the ploughs will be kept going night and day, so as to bring into cultivation the maximum of land possible in the time available. The men will be paid 4s per shift with 6d per acre ploughed. There will thus be need three drivers and three ploughmen for each plough. The latter does two furrows at once, while the large caterpillar tractors can do eight furrows at once.

ANOTHER WAR SHRINE FOR GRAYS

Mr. and Mrs.E.Morris of London S.E., are giving another War Shrine for Grays, Mrs. Morris being the third daughter of the late Mr. E. Stammers of Bedford Road, Grays. The shrine is now being manufactured by Mr. J. Gregory, of Amelia Street, Walworth, S.E. and will be a facsimile of the model exhibited by him at an exhibition of shrines last November.

It will consist of an enclosed cabinet in oak and teak, with mahogany panels fitted in the folding doors, which will be closed at the approach of rough weather, so as to protect the names inscribed on the shrine.

It is anticipated that the shrine will arrive in Grays shortly, and it will be fixed outside (34?) Bedford Road, the residence of Mrs. Isabel Stammers, who will be glad to receive names of local men serving for inscription thereon.