Athletics: Hayley’s success at an Instance 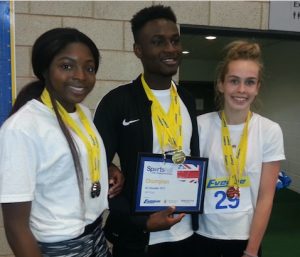 BEST performance at the London Marathon didn’t come from the 26.2 milers but from under 15 Hayley Instance. Representing the Eastern Counties in the 5k race she recorded 17m 44s, an outstanding time for an athlete of this age. This is the crowning moment of a long and very successful winter.

The other girl in the mini marathon was Amber Pullinger who also ran well with a time of 18m 08s in the under 17 race. This is also a strong performance.

In the Marathon itself the club’s only finisher was Jason Syrett who recorded a good for age time of 3h19m.

Alec Finch continued his good early season form in the Watford Open Meeting. His race didn’t start til 10.45 p.m. but he recorded 8m 41.2 for the 3k. This is the fastest time for this distance a Harrier has returned for some years.

On Bank Holiday Monday the club host the County Multi-Events Championships which also include an open event. The entries have been up on last year and the Club hope some of it’s athletes will be included amongst the medalists.