Probe after fire rips through Bricklayers Arms in Grays 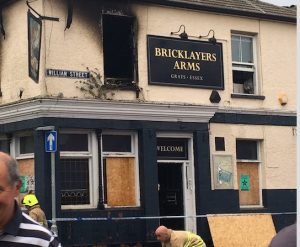 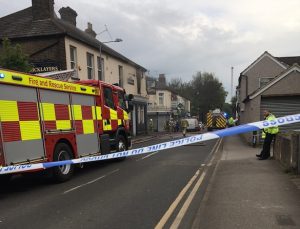 FIRE Crews were called to a fire at the derelict Bricklayers Arms in Grays this evening (Sunday 30 April).

On arrival crews reported that one room on the first floor was 100% alight and flames could be seen coming from the top windows.

Firefighters extinguished the fire by 8pm.

The buildnig has suffered both fire and smoke damage.

The cause has been recorded as unknown, which means it is possible that it could have been started accidentally or deliberately.

The scene was left in the care of the Police.