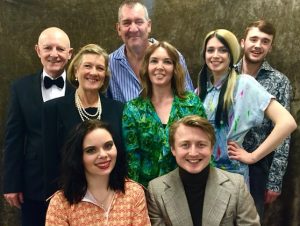 THURROCK Courts Players are renowned for their high standards of production and performance, and hot on the heels of their sell out adult panto, now present the hilarious Alan Ayckbourn play Bedroom Farce.

The plot follows Trevor and Susannah – a highly strung young couple in a volatile relationship – as they manage to wreak havoc in the bedrooms of 3 other couples during one eventful night.

After causing a scene at young lovers Malcolm and Kate’s housewarming party, Susannah runs to Trevor’s parents Ernest and Delia, while Trevor presents himself to Nick and Jan (his ex) to try and make sense of his relationship.

This cleverly written, mild farce is hotly tipped to be the next Ayckbourn play revived in the West End following the recent success of How The Other Half Loves (performed by Thurrock Courts Players in 2012).

Courts said ‘Ayckbourn always said he didn’t write comedy, he wrote about real life which just happened to be funny, and this play is no exception. The fast pace is a challenge not only for the actors but for the technical team as well with action taking part in various areas of the stage.’

Set in the 1970s these 4 couples, and their intertwined relationships, provide a classic Ayckbourn-esque glimpse of love and marriage in it’s varying forms.