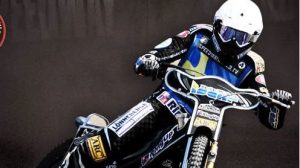 The Vortex Hammers secured a consolation point in their league opener at Cradley on Monday and are looking to build on that in front of home fans.

However, they face a stern test against an in-form Colts side who have won both of their fixtures so far.

Hammers team boss Kelvin Tatum said: “We hope we can make our home advantage count on Friday – but it won’t be easy!
“Belle Vue have got off to a flyer this season and with the likes of Dan Bewley, Jack Smith, Lee Payne, Kyle Bickley and co they’ve got one of the strongest teams in the league.
“This could well be one of the meetings of the season at the Raceway and the fans should be in for a thrilling night of Speedway!”

The Hammers welcome back Zach Wajtknecht who missed Monday’s meeting due to SGB Premiership commitments.
Prior to the National League fixture, six junior races will also be taking place from approximately 7.30pm.