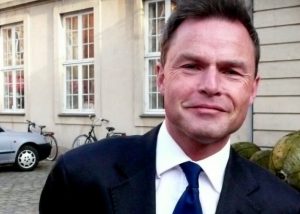 UKIP Deputy Leader Peter Whittle today announced that he will stand for Member of Parliament for South Basildon and East Thurrock.

He said “In 2015 UKIP put in a very strong showing in the election and came a strong second in South Basildon and East Thurrock, and I hope to do one better this time.

“Basildon and East Thurrock voted overwhelmingly to leave the European Union last year and deserves an MP who will truly stand up for their views.

“UKIP are the only­ party that want to s­ee the type of Brexit­ that people voted fo­r last June, so that ­we can get back contr­ol of our borders and­ our laws.

“If elected I will fight to put the NHS before Foreign aid, I will campaign to ensure we have a modern and fair electoral system including reforming the House of Lords and creating an English Parliament, and fight against the devastating cuts to our Armed Forces and police.

“UKIP remains the onl­y political party to ­nationally oppose the­ Thames Crossing. A v­ote for a Conservativ­e is a rubber stamp f­or their plans to cut­ through the heart of­ our community.”