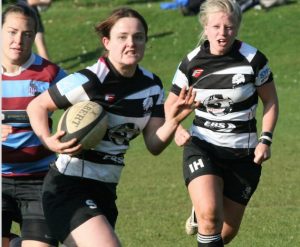 A STATEMENT from Thurrock Rugby Club after the decision was made not to allow them into the Women’s Premier League.

“It is with extreme disappointment that we received the result of our appeal on Friday 28th April 2017.

We thank the panel for the time they have taken to review all the paper and oral presentations heard from both Lichfield and Thurrock RFC.

The appeal was about the process, and as we were constantly informed, not about the quality of our application.

The Club believe that our application was of greater quality and substance than we were given credit for during the initial review process and interview stage.

Our geographical position was not given the same consideration as was the case with Darlington and Mowlem Park.

During our appeal and up until receiving the decision of the panel we have remained dignified and resolute. The Club held the end of season dinner and dance and it is now we believe we should voice our concerns about the process of selection and the bias that Thurrock Rugby Club believe has been shown against them.

We received a letter, dated 27th February 2017, from Nigel Melville advising Thurrock that we had been unsuccessful in gaining a place in the new competition for the following three reasons.
Financial model to deliver the programme.

According to the scoring sheets provided by the RFU during the appeal process Thurrock came out 9th on the funding front, with no additional funding shown from sponsors, (agreed or potential), as has already been seen one of the successful clubs has put out a press release requesting sponsorship upon being successful in gaining a place in the competition.

The experience and expertise to deliver a step change to a high performance programme.

Thurrock Rugby Club had, upon being successful, secured the services of David Mobbs-Smith to be the head coach. David is currently the Sweden Women’s 7’s coach, having taken them to the top-tier of women’s rugby ahead of schedule. He was the Thurrock men’s head-coach and has just left Thurrock to become the head-coach for Richmond Ladies. On our score sheets from a number of the panel members we received a score of 1 – Requirements not met or a 2 – Requirements fulfilled to some extent.

Our strength and conditioning lead was to be a gentleman by the name of Ross Hanbury. For those in Rugby they will know that Ross was the S & C lead for the England Women’s side and also for England Saxons. He is at the forefront of S & C in our sport.

The individuals on the panel are supposed to be Rugby people, who know about our sport. They have either failed in their job to know who these two individuals were, or were biased against our bid. We provided copies of CV’s for the selection panel.

Uncertainty and lack of an appropriate governance structure.

Thurrock Rugby Club is an RFU accredited club. That means that we have an appropriate governance structure, we are also a registered charity. Our constitution is there for all to see on our website, and we have just been reviewed to retain our Accredited Club status. A number of successful clubs are not Accredited by the RFU. How can Thurrock receive a 1 – Requirements not met by some of the panel, and others get 100% score across the board when they are not?

During our appeal it came to light that as a club we did not even meet the minimum standard. Part of the Application Process means that we are unable to share the criteria set in the Request For Proposals document, all I can say is that having submitted over 90 pages in our application we fully met the minimum standards as requested. We did not promise to meet them or have conditions set to gain access to the competition. We met the majority and would have met all the conditions in the application pack as required. We needed to change bulbs in our floodlights and employ the services of a medical company for match day ‘Doctor’ cover.

We requested that the score sheets be sent to us in a non-redacted form to allow us to see the comparison of others against us. This was refused completely stating commercial sensitivity. We had agreed to confidentiality, in fact we were not even allowed to talk to our fellow appellants, Lichfield RFC, during the process.

We raised serious concerns about the impartiality of some of the original panel members, at the appeal it was decided that this would have had no impact on the decision but we disagree with this. At least one of the panel members had previous issues with our club and has in the past refused to keep us updated on the process. This was documented to the appeals panel. This member of the panel also sent emails stating that he would not disclose aspects of the process that he had already been discussing with other clubs.

The Club held a meeting with Nicky Ponsford and Malcolm Caird before this process started, both of these panel members stressed that past history in women’s rugby would be taken into account, this was not the case in the final decisions that has been made. In fact we now have a team in the new league that has never held a league position before in the history of women’s rugby, this is one of the areas where we raised concerns before the process commenced.

The new competition is without two of the top three sides from this seasons Premiership and the addition of two University sides and Harlequins Ladies. The process was not fair and to use the reference of Porter and Magill [2002] 2 AC 357 as the benchmark is unfair. This was the finding and basis of selling council houses in Westminster to gain more votes and is hardly relevant to fairness in a sporting sense.

The funding to be invested by the RFU is substantial. The ability of at least two of the successful sides is questionable. The step to the top-level is huge from the Championship. Thurrock know, we have done it. We did not need to advertise for Directors of Rugby or Coaches or funding; we had it all in place.

This is a huge challenge for both Lichfield and Thurrock Rugby Clubs going forward and we believe the decision is to the detriment of the Women’s game. The option to make this a twelve team competition still remains. East London, Essex and the Eastern Counties players are without access to an Elite Women’s Team. If you live within a 10 mile radius of Twickenham you have access to 3.

The RFU wanted a fair process, a transparent process. As for scoring the process it has to be a 1 – Requirement not met.