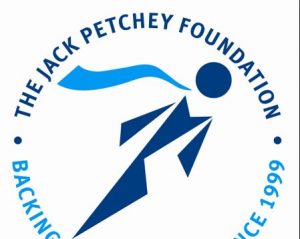 AN impressive 49 young people from youth clubs across Essex came together to receive prestigious Jack Petchey Foundation Achievement Awards presented at the Civic Centre, Chelmsford on Thursday 4th May.

In addition, six adults were also celebrated with Leader Awards who have demonstrated, in an outstanding way, an ability to motivate young people. They received a medallion and a framed certificate.

Youth organisations in Essex have received funding of £121,616 from the Jack Petchey Foundation since funding started.

Former GB Olympic Gold medal-holder Mark Richardson who presented the awards said it was, “Another fantastic showcase evening. I am delighted to play a part in acknowledging the fantastic achievements of young people in the local community #betterneverstops.”

Winners included Ryan English, aged 14, attends Thurrock Young Carers. When Ryan first got involved with the project three years ago, he was shy and timid, but since joining the project, his confidence has grown and he has developed into a very polite, helpful young man. Ryan played in the young carers football tournament last year and supported the younger players by helping them improve their football skills, which demonstrated how far he has come since he first joined.

Ryan decided to use his £250 Jack Petchey Achievement Award grant to fund a laser tag session for himself and twenty other young carers, which offers them respite from their caring responsibilities and a chance to have fun with their peers.

Owen Dixie, aged 13 attends Yamaguchi Goju Kai Karate Club in Thurrock. Owen has been training at the club for over five years and continues to demonstrate excellent etiquette in the dojo (karate hall). Owen is a good influence on the other students with exemplary behaviour which has a positive effect on his training. Last year, Owen won the English Championship for his grade in the ‘kata’ division, which is an amazing achievement.

Owen decided to use his £250 Jack Petchey Achievement Award grant to treat 20 members of the club to a trip to a Roller Disco, a great way for the members to bond and socialise outside of the dojo.

Sir Jack founded the Jack Petchey Foundation in 1999 to recognise the positive contributions young people make to society and to support them in achieving their potential. Since then it has provided support to a wide range of 2,000 initiatives supporting young people across London and Essex and has reached a milestone investing £100m.

Sir Jack Petchey CBE aged 91, said “I am passionate about our awards scheme which enables young people to be recognised, valued and rewarded for their achievements and positive contributions to society.”