They rated the surgery as “Inadequate”.

The full report can be found here http://www.cqc.org.uk/sites/default/files/new_reports/AAAF9244.pdf

As a result of the findings at this inspection, the CQC considered enforcement action against the provider and extending their period of special measures. However, shortly after the inspection the provider applied to de-register all regulated activities with the Care Quality Commission.

CQC wrote that a new provider is in the process of being identified by the Clinical Commissioning Group with effect from 1st April 2017 and the practice will receive their support to manage and reduce the risks identified at this inspection, so that the risks to patients are managed.

YH understands that the medical centre has been taken over by College Health recently and so the report may reflect upon a previous regime and not the new owners.

The following observations were made.

1. Although significant events were reported and recorded, learning was not implemented and patients were at risk.

2. The practice did not act upon MHRA alerts.

4. Not all referrals were made in a timely manner. Opportunities to physically examine patients who were at risk were missed.

5. Although some administrative audits had been carried out, these had not identified and rectified all serious risks.

6. Staff carrying out chaperone duties now had a DBS check in place to assess their suitability for the role.

Patients continued to praise staff , but there was concern with the availability of GP appointments. There was a two week wait for routine appointments with the GP.

• Feedback from the GP survey was below national and local averages in respect of access to the practice, and in line with averages in relation to care and treatment by the clinicians.

• The practice was not pro-active in supporting patients to live healthy lifestyles and systems in place to recall patients for health checks and reviews were not robust.

• Effective improvements had not been implemented.

• There was now a legionella risk assessment in place.

• Information about services and how to complain was available and easy to understand.

• Patients’ records were still incomplete. There had been seven significant events relating to incomplete patient records in the last year, but effective learning had not been implemented.

• There had been no improvement which sought to ensure that all clinicians were keeping up to date with and implementing NICE guidelines. We found evidence where NICE guidelines were not being followed in relation to diabetes checks.

• Measures had been put in place to monitor prescription stationery.

• There continued to be insufficient nursing provision.

• Nurses were not using the most up to date Patient Group Directions (PGDs) to authorise them to administer vaccines safely. These were not all signed.

• Care plans were either incomplete or not being used.

• There were not effective procedures in place to recall patients for cervical screening. The practice did not follow up children who did not attend for their vaccinations.

• The practice had identifies 54 patients as carers which amounted to 1% of the practice population. 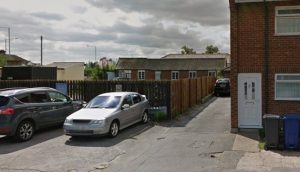 • The practice was in the process of having their contract terminated with NHS England and did not have a vision or a strategy.