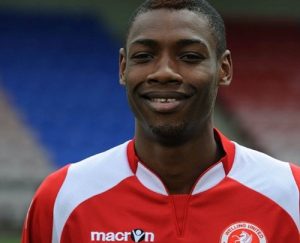 GRAYS Athletic are pleased to announce the signing of forward/winger Kiernan Hughes-Mason.

Kiernan came through the youth ranks at Tottenham and Arsenal before signing for Millwall. During his career he has also played for Grimsby Town, Chelmsford City and Welling United.

He finished last season at Hastings United, whom he joined from Leatherhead.