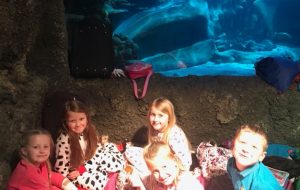 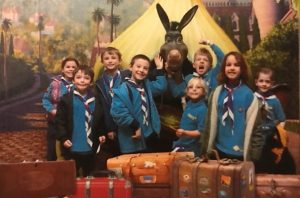 SECOND Stanford-le-Hope Beavers had an exciting weekend recently when they spent a night amongst the fish at the London Aquarium.

The 40 Beavers and 9 leaders headed from Stanford-le-Hope to the city via coach before a short walk to the South Bank.

The first stop once getting to County Hall was the Shrek Adventure attraction. All of the Beavers and the leaders got involved in the adventure through Far, Far Away and the 10 live fairy-tale themed shows. They enjoyed a fun 75 minutes with Donkey, visiting Shrek’s swamp, finding their fortunes in the crystal ball and getting lost in the Mirror maze.

Then it was time to head next door into the London Aquarium itself. The group toured the 3 floors of fish, sharks, penguins and more while the Beavers completed various worksheets.

Next it was time for dinner! The Beavers enjoyed the food provided and had the chance to talk and get to know the other Scout Group that they would be spending the night with.

Everyone then set up their beds for the night, right underneath the tanks and surrounded by sharks and other marine wildlife. An early breakfast followed the following morning before leaving at 8am to allow the staff to prepare the aquarium for opening to the public again.

Leader Leigh-Anne said “Overall our experience was truly amazing. Our Beavers and leaders really enjoyed themselves. I didn’t sleep at all as I was just watching the sharks a few inches away from my face for the night!”