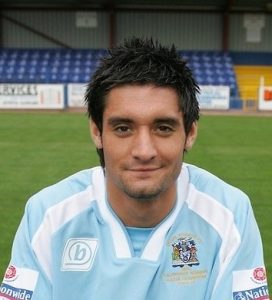 GRAYS Athletic are pleased to announce that striker Jamie Slabber has returned to the club.

The 32 year old came through the youth ranks at Tottenham Hotspur and appeared in the first team.

He then left to join Aldershot, before signing for Grays Athletic in the 2005/06 season.

Jamie then had spells with Stevenage and Havant & Waterloovile before returning to us in 2008/09.

Since then he has had successful stints at Eastleigh, Chelmsford City, Sutton United and Bromley.

Jamie was at Welling United last season and also played for Bishops Stortford on loan.