Collision between motorbike and car on London Road in Grays

“The East of England Ambulance Service Trust was called to a road traffic collision just after 6pm in South Stifford, Grays today.

“Three ambulances, the Herts Air Ambulance and a rapid response vehicle attended and treated a man with serious multiple injuries.

“He was flown to Kings College Hospital for further care”.

ESSEX Firefighters were called to assist at the scene of a road traffic collision involving one car and one motorbike.

Fire crews assisted the paramedics and gave first aid to one of the two casualties. 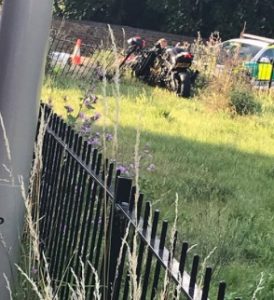 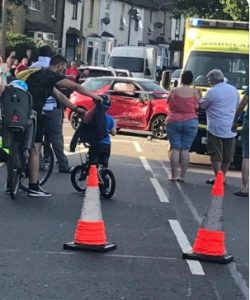 There are reports of two fire engines, two ambulances, and the air ambulance has landed at the Old Shant Pub car park.

It appears that the motorbike rider is going in the helicopter.