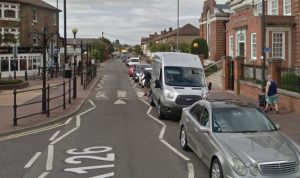 MORE than 6,000 square metres of Thurrock’s roads have been upgraded and improved for residents.

In April, Thurrock Council was awarded an extra £481,000 from the government as part of the National Productivity Investment Fund (NPIF) to upgrade over 17,000 square metres of local roads.

These improvements are being rolled out this summer, with some key roads already completed including Buckles Lane in South Ockendon, as well as Hogg Lane and Argent Street in Grays.

Roads in Tilbury, South Ockendon, Grays, Orsett and Chadwell are to be completed in the coming weeks.

Cllr Brian Little, Portfolio Holder for Highways and Transport, said: “We know residents want good quality roads – that’s why the council’s priority is to clean it, cut it and fill it.

“The council is spending more than £2 million this year on repairing potholes and resurfacing roads.

“We are about a third of the way through the NPIF programme and our teams will be out working hard over the summer to improve the roads for our residents.”

The full list of roads included in the works schedule can be found at thurrock.gov.uk/roads