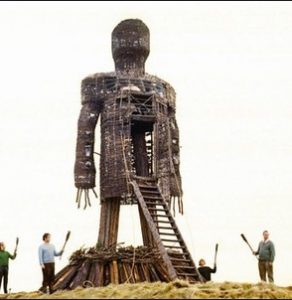 WE are going to write this story with the assistance of what we traditionally refer to as facts.

At approx 1300 hours on Friday July 21st, a cortege of a well known South Essex funeral directors was parked outside St Peter and St Paul Church on High Street, Grays.

It was a cortege that included a horse drawn carriage as well as the traditional limousines. It is not an unusual site at this road outside this very popular church.

They were all parked on double yellow lines. That is not unusual. Speak to any funeral directors and they will tell you that they are not above the law and they (like emergency vehicles) and contrary to urban myth and social media lawyers, do not have any special exemption.

A church can apply for a suspension of parking restrictions.

What funeral directors and churches rely on is a little bit of give and take with traffic wardens.

On Friday afternoon, a film appeared on Facebook titled: “This man giving ticket on the hurse because he parked wrong” (sic).

The film shows a Civil Enforcement Officer photographing one of the limousines.

Over the next twelve hours, the film, as they say, went viral.

The Civil Enforcement Officer has been the subject of a tirade of abuse.

Here are a few (heavily edited)

“Just no respect weather there on a double yellow line it’s a funeral after all.”

The film has been shared on a number of local Facebook sites such as “Thurrock..Your Say” and “Stifford Clays” and so on.

The film has been shown on the Thurrock Gazette website with the headline: “Thurrock enforcement officer tickets funeral car parked on double yellows outside Grays church”.

So we asked the funeral directors if they were given a parking ticket and they said “No”.

So we asked Thurrock Council if they had any record of any parking ticket being issued at said time and place and they said “No”.

So there we are.

So what do we have here? We do have a large number of people who have committed a hate crime.

We may have a traffic warden who may now be in a state of fear and alarm and may be completely within his rights to go to Grays Police Station and register a complaint.

We have asked the person who identified themselves as the author of the film the following question: “Did you see the civil enforcement officer issue a parking ticket?” Answer, there was none.

But there were are..We imagine our story may get a handful of page views but that is beside the point.

There is no doubt an issue regarding Thurrock Council Civil Enforcement Officers and “easy targets” A subject we have highlighted and will continue to. But again, that is a separate matter.

We are not publishing the film because we asked the person who identified themselves as the author, if it was their film and could we publish it. They did not reply. The only reply they made was to confirm the incident was at 1315 hrs.