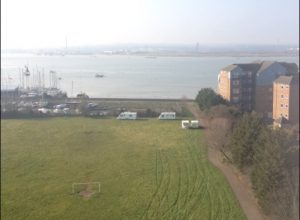 THURROCK Council is aware of an unauthorised encampment located on Kilverts Field in Grays. Leader of the Council, Cllr Rob Gledhill said: “I personally reported this incursion just after 9am this morning (Thursday).

“The Council reacted quickly and alerted Police early this morning.

“We will be reviewing local CCTV to try and determine how access was gained to the area despite it being target hardened.”

He added: “During the site assessment, it was deemed by the Police that the encampment hadn’t fully met the criteria for section 61 powers. However, we have challenged this again as we feel it breached the requirements for the Police to take action.

“I have contacted the Police and Crime Commissioner over this today asking for the Police’s own policies to be immediately checked and we will again be asking for swift action.”