THEIR latest speaker certainly gave Thurrock Writers’ Circle members food for thought as to how they might improve portrayal of characters in their writing. 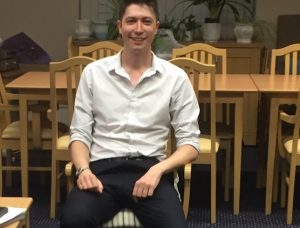 Joe Cooper, a former actor turned library manager who trained at the University of Central Lancashire, gave a fascinating and insightful talk on characterisation. He talked about the contrasting methods of actors Konstantin Stanislavski and Vsevolod Mayerhold as examples of how we could portray character on paper: by justifying a character’s actions by their inner motives, or, using their poses, gestures, movements to portray emotions and character. He also cited Terry Nation as ‘a magnificent storyteller’.

When asked how will we know that we’ve succeeded in creating a well-rounded character, Joe replied: “If it’s clear to you it will be clear to the audience”.