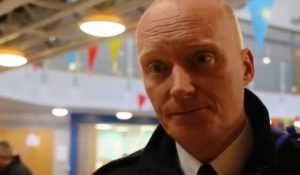 A high-ranking Essex Police officer accused of being verbally and physically abusive towards colleagues is to face a gross misconduct hearing reports the BBC.

Allegations made against Deputy Chief Constable Matthew Horne were referred to the Independent Police Complaints Commission (IPCC) in January.

It is claimed he was physically and verbally abusive towards colleagues on three different occasions.

The IPCC’s lead investigator has decided there is a case to answer.

Mr Horne will face a gross misconduct hearing in due course, the IPCC said. He is currently on secondment to the National Crime Agency.

Essex Police said it had no further comment to make before the hearing took place.

“Misconduct hearings deal with alleged gross misconduct by police officers on or off duty. They form part of the disciplinary process and are not criminal proceedings,” a force spokeswoman said.