Will former Thurrock Labour “candidate” be the next leader of UKIP?

IN November 2011, YT was invited down to Tilbury to interview a person who wanted to be the next Labour candidate for Thurrock in the 2015 General Election.

Labour activists told us that they wanted to prevent the selection process being a procession for former advisor to Ed Miliband, Polly Billington.

Ms Waters lost the battle to be the candidate.

Six years later, Anne-Marie Waters is now a candidate for the leader of Ukip. That’s the national leadership.

Amongst political circles, Anne-Marie has become quite a divisive figure with her stance towards Islam. And that is divisive among Ukip circles alone.

So below is our interview with Anne-Marie Waters. 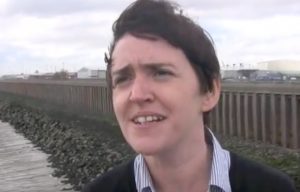 2 Responses to "Will former Thurrock Labour “candidate” be the next leader of UKIP?"