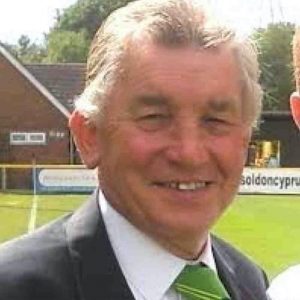 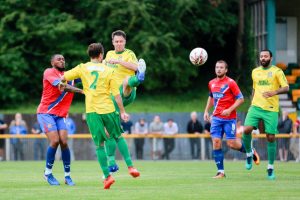 “I have decided due to health reasons that this will be my last football season and have come to the decision to put Thurrock FC up for sale. I will see this Season out my commitments stay as agreed.

“It is a decision I have not made lightly and much thought and consideration has gone in to this. Many sleepless nights have been had and I feel the time is right for me to now put my health first. Everyone that knows me well knows for the past year I have had my own extremely tough battle with cancer and I am finally after a long fight now in remission. The loyalty and support my Manager, Management staff and Players have shown me has been outstanding and I will be forever grateful to them.

“I would like to thank all the sponsors, fans, committee and club volunteers over the years for their support, without them I couldn’t have done it all.

“I am going to do my utmost to enjoy this Season and support my Manager to the best of my abilities as I hope you all will. It is now time to put Karen and my health first and have some quality time to spend with my family.

Tommy started playing in 1962 for St Andrews Old Boys at an age of 16, a little young for an old boy. He changed Clubs in 1967 to play for The British Flag, becoming their Secretary in 1970 a position he held for twelve years. In 1982 he again changed clubs to the very successful Rainham Working Men’s Club, as Secretary for two years.

Tommy started his own team in 1984, Essex Sports Football Club, being the Club Secretary until 1985. This Club would elevate Tommy’s passion for football, from the local parks to the Conference South. The Club renamed itself in 1985 to Purfleet Football Club, then in 2003 another name change to Thurrock Football Club, which it retains today. Where he has been Manager and now Chairman.

Thurrock now play in the Isthmian Ryman North Division, and have a very active Youth set up. An Academy takes players from their youth squads, into a profession game, many now progressing not only in Non-League football, but with Professional Clubs. Tommy and his Clubs success would make for a long list, many trophies, and successes along the way, all due to Tommy’s passion for football.

He is always in attendance for first team games and can always be seen watching the thirty Thurrock youth teams, who play on Sundays. When not watching football, he is working on the stadium, either tending the pitches of painting the woodwork, nothing is too much for this man.

Tommy has given his whole life to football, forsaking everything else for the pure dedication and passion he holds for it. Football is his life and what he has achieved has been remarkable from his humble beginnings in Canning Town to his much enjoyed life as Chairman & Owner of Thurrock Football Club.