Thurrock Council’s Graffiti Strategy: Clean It, Cut It, Forge It?

By Staff Reporter on September 1, 20172 Comments 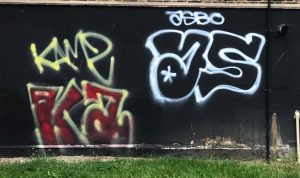 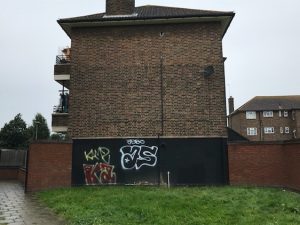 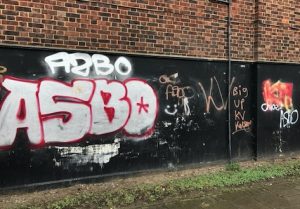 SOUTH Ockendon resident, Chris Harley is a community minded young man. So when he saw that a number of walls on Broxburn Drive had been graffiti’d, he used the Thurrock Council “Report It” app to trigger a process that should have seen it removed.

A few weeks later, Mr Harley noticed that the graffiti was still there. He checked the app and it read that it had closed the report as the graffiti had been removed. 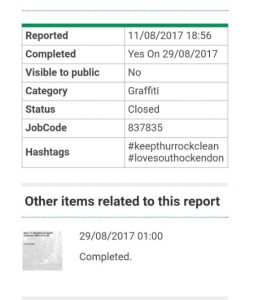 Mr Harley contacted the council via social media to point this out.

YT popped round there on Wednesday and sure enough, the graffiti is still there.

Thurrock Council is in the middle of a multi-million pound “Clean It, Cut It, Fill It” campaign. There is many an opposition politician who feel that monies could have been better spent on making sure (for example) there are enough staff to look after the elderly and the vulnerable but it looks like the Tories are not for turning.

The real question may be, was this just a mistake or a manipulation of the figures? Thurrock Council are set targets called Key Performance Indicators (KPIs) and it has been documented that they have been failing on graffiti removal.

UKIP Cllr Jack Duffin said: “The Council keeps saying they want to move everything to automated systems, the trouble is people don’t get the help they need and give up and suffer in silence as the service is so bad. It might look good for their statistics but the residents should come before that.

“Trying to get the Council to commit to a date to do anything has been impossible since I was elected last year. This goes to shows they aren’t on top of Cut It, Clean It, Fill It. If they can’t sort out their flagship policy, you have to wonder what else they are dropping the ball on? I hear daily about people not having their bins collected. Of rubbish mounting around the borough. Of residents that haven’t had a response from the Council yet.

“You wouldn’t guess there were any issues in Thurrock as the Council send out numerous emails a day telling the media that everything is perfect. The Conservatives need to get their head out of the sand and start looking at Thurrock, compared to pages of statistics.”

Thurrock Council was invited to reply but have not done so at the time of publication.

2 Responses to "Thurrock Council’s Graffiti Strategy: Clean It, Cut It, Forge It?"