Jailed after man dragged out of his car in Argent Street, Grays

A man has been jailed for seven years after admitting to two robberies and a number of driving offences. 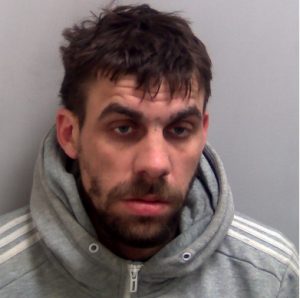 Ross Bruce, 28, of no fixed address, was sentenced at Basildon Crown Court on Monday, September 11, to six years for one robbery and one year for the other, to run consecutively.

He also received six months for dangerous driving and one month for driving while disqualified, to run concurrently.

Bruce received no separate penalties for driving with no insurance or licence, was disqualified from driving for four and a half years and was ordered to take an extended driving test on his release from prison.

At midnight on February 21, 2016, a man was pulled out of his car by suspects holding metal poles shortly after he parked in Argent Street, Grays. The suspects drove off and the vehicle was scrapped.

While investigations were ongoing, police responded to reports of a robbery at Co-Op store in Butneys, Basildon, at 6.25am on Saturday, May 6, 2017, where a shop worker was threatened with a wine bottle and cash was stolen from a till.

Police spotted Bruce driving from the scene and instructed him to stop. He drove off at speed, forced other motorists to swerve to avoid a collision and then crashed with a tree and street sign in Pitsea. Bruce was arrested the following day and later charged.

Investigating officer Dc Owen Clements said: “Both victims were put through terrifying ordeals and in one incident, Bruce approached a man in his car, asked for a light and then smashed a window with a pole before dragging the driver out of his vehicle. Fortunately we recovered DNA on the victim’s jeans that linked Bruce to the crime after we arrested him.

“Bruce has shown no consequence for his actions and the innocent people he robbed. He will now have time to think about his actions in his prison cell.”