Rugby:T-Birds are winning despite their mojo problem 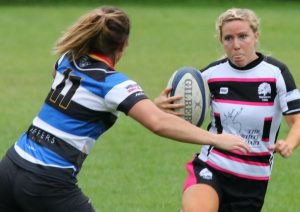 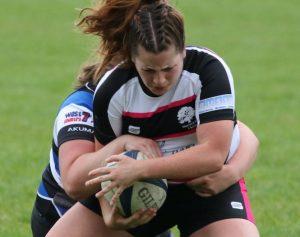 WHEN there is really nothing to play for, 8 hours travel for 80 minutes Rugby is a bit of a slap.

With a lot of things going on in the background, there seems to be a lock of focus around the squad and they are struggling to find their mojo.

With an over fussy referee who seemed surprised at the physicality in Womens’ Championship Rugby, the game struggled to flow.

The T-Birds stamped their authority on this match from the first minute with a catch and drive that resulted in the first score for Dixon, but 2 yellow cards for Thurrock and 1 for Bath, completely distorted the game.

Down to 14 Ts still managed another catch and drive that resulted in a Penalty Try and a Bath yellow to extend the lead and even up the teams. Unfortunately another yellow saw 14 player Bath open their account against 13 player Thurrock.

Back to full strength, Ts rattled of 2 quick scores for Nichols and Smith to end the half in the lead at 10-24.

Bath competed well, but T’s were dominant in just about every facet of the game – when they were on song.

Ts had a disjointed 10 or 15 minutes where not much went right with dropped passes and silly knock-ons. Rettie was lucky to avoid a second yellow and Bath really thought they were back in the game. Only desperate T’s scramble defence prevented another try which might have evened up the score.

This seemed to wake Ts up and they brought a renewed physicality and urgency that took them from their own tryline to Parsad scoring at the other end in the space of 2 minutes.

Having come so close, Bath kept playing but Ts took the game by the scruff of the neck and Tyler and Parsad grabbed another score each to end the game at 17-43.

So a solid win and bonus point on the road sees Ts top of Championship One South which made the 4 hour coach journey home a little more bearable.

Next Home game is against Plymouth on this coming Sunday 24th September, keep an eye on the website for KO time.