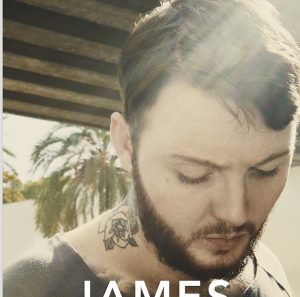 BACK TO THE BOY is an inspiring autobiography about setbacks, the pressures of success and the power of second chances by James Arthur, published by Hodder & Stoughton on Thursday 5 October.

Tickets have now gone on sale for the chance to meet the X Factor 2012 winner at an exclusive book-signing event at WHSmith intu Lakeside.

In December 2012, Middlesbrough born James Arthur won the X Factor and his debut single Impossible became the biggest winner’s song of all time. After a two year break, in 2016 James made a triumphant return with his single Say You Won’t Let Go which went on to become a smash hit around the world, reaching No. 1 on the Official UK Singles Chart,No. 1 on the Radio Airplay Chart in the USA, and picking up over 1.5 billion sales and streams globally. The album Back From The Edge followed, topping the Official Albums Chart in the UK, with global sales of over 1 million. Earlier this year, James was nominated for two awards at the prestigious BRIT Awards 2017 and went on to sell out multiple tours worldwide.

James Arthur said: ‘The thought behind this book is not just me wanting to tell my story in the standard autobiographical fashion but to create a kind of self-help book that includes my story. There are many things people don’t know about me and maybe when they read about those things they will have an understanding of the journey I have been on, why I’ve made the mistakes I have and hopefully help other people overcome their adversities.’

This is a ticketed event and purchase price includes one of a limited number of places for James’ book signing plus a copy of Back to the Boy. Attendees will be required to show their ticket (as proof of purchase) to gain entry to the event, whereupon they will be given a wristband to join the queue.

The book signing will take place at the Central Atrium at intu Lakeside. Tickets can be purchased through Ticketmaster here:
https://www1.ticketmaster.co.uk/james-arthur-book-signing-with-whsmith-west-thurrock-05-10-2017/event/3700532ED7FD424A?artistid=2050764&majorcatid=10005&minorcatid=0