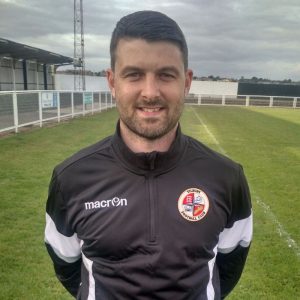 Gary has been in the post for three years, since taking over from Paul Vaughan.

During the 2015/16 season, the team showed great improvement, being as high as fifth, on the back of a very long unbeaten run. This included good runs in both the Essex Senior Cup and FA Trophy, with no fewer than three National League sides being defeated.

Club Chairman Danny Nash said: “The club would like to thank Gary, Danny and George for their excellent service to the club and wish them all the very best”

The club now invites interested parties for the position of manager.

To express your interest, please write or send your CV to Club Secretary, Anthony Mercer – amercer67@googlemail.com