Essex Council look for fair deal for roads around Thurrock 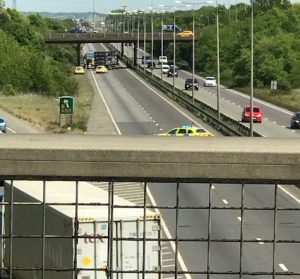 THE deputy leader of Essex County Council has called for a fair deal for infrastructure funding to help support housing growth in south Essex.

Cllr Kevin Bentley yesterday (Tuesday) moved a motion at Full Council calling on the Government to ‘to proactively support the delivery of this vital infrastructure in advance of major housing development in Essex’.

The work comes as the county council looks to develop both short and long term plans to improve a number of key junctions, including the A127/A130 Fairglen Interchange.

After the meeting, he said: “It is vital that the Government commits to giving south Essex a fair deal for infrastructure funding to ensure we can support business and housing growth in the local area.

“The A127 and A13 are vital arteries for businesses and commuters across south Essex – we cannot afford to allow these to grind to a halt if we do not put money behind long and short term improvements.

“I am delighted my council colleagues agreed and passed this motion. We are committed to making sure we can keep Essex moving and support economic growth for our great county.”

Essex County Council is campaigning for a fair share of Government resources after The County Councils Network (CCN) report, A New Deal For Counties, revealed counties nationwide get an average of just £271 of funding for services per person, compared to £563 per head in London boroughs.

Alternatively, write to your Essex MP or Sajid Javid MP, the secretary of State for Local Government.