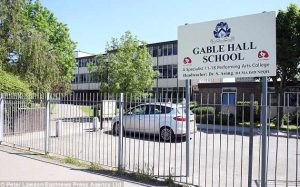 THE LATEST set of exam results published by the government appear to make grim reading for Gable Hall School in Corringham.

According to the (provisional) results, that were released on Thursday, seven out of the ten senior schools in Thurrock have improved on their 2016 grades but three have not. They are Ormiston Park Academy, Gable Hall School and Ockendon Academy.

Arguably, it is the Gable Hall Academy result that will raise eyebrows and may stoke further concerns, that a number of parents have, with the direction the school is going under the (executive) leadership of Dr Sophina Asong.

Dr Asong is also in charge of Hassenbrook Academy which has also been ranked “Below Average”. 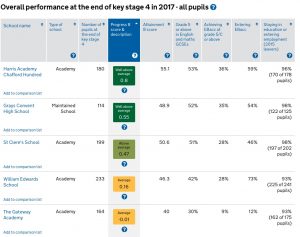 You can find full details of the exam results in the link below.

This is provisional data which does not include re-marks. Revised data will be released in January 2018 and finalised data in Spring 2018.