Generation Rent is moving to Thurrock 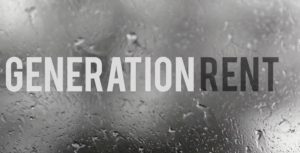 RENTERS are moving out of London at the highest rate since 2007, pushing up rents across the south of England, ­according to research by Countrywide.

Unlike a decade ago, the vast majority of those leaving the capital are continuing to rent rather than buy, due to crunched affordability reports the Daily Telegraph.

While some London renters are moving north, they are largely staying in the commuter belt in areas such as Slough, where 46pc of homes are let to tenants who have moved there from the capital. The average rent across the UK rose 1.1pc in the last 12 months, driven by growth in the south of the country; in the South West, rents rose by 3.3pc in the year to September, while in London they were flat.

The places where homes are most likely to be let to a tenant moving from London, according to Countrywide:

Johnny Morris, research director at Countrywide, said: “Rental price growth continues to be supported by the low number of landlord purchases, particularly across the south of England.

“The number of rental homes on the market has continued to drop with more southern-based landlords looking northwards in search of better yields and lower stamp duty bills.”

It comes as data from Rightmove found that sellers are continuing to set higher asking prices despite lower levels of sales and buyers. The number of agreed sales is now 5.9pc lower than last September, while there are 3.1pc more sellers than a year ago.

Rightmove found that the average asking price for a property in the UK grew by 1.1pc between September and October, and just 1.4pc in the last 12 months.

While this index can be volatile, it is helpful to understand sentiment of sellers as it focuses on asking prices.

London was the only area in England and Wales that recorded a fall in the ­annual rate of growth of asking prices, falling 2.5pc. By contrast in the North East, the average asking price rose by 5pc.

One Response to "Generation Rent is moving to Thurrock"