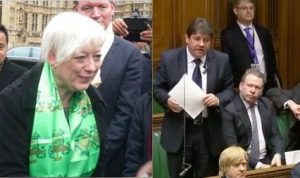 BOTH Thurrock MPs, Jackie Doyle-Price and Stephen Metcalfe abstained on a vote on Universal Credit on Wednesday night in the House of Commons.

Labour inflicted the “symbolic” defeat, hours after work and pensions secretary David Gauke announced he would end a 55p-a-minute helpline for welfare claimants.

Up to two dozen Conservative MPs had said they may support a Labour motion, which called for ministers to “pause and fix” the controversial welfare reform, which the government whipped its MPs to abstain on.

In the end, however, just one Conservative MP, the chair of the health select committee Sarah Wollaston, voted with Labour.