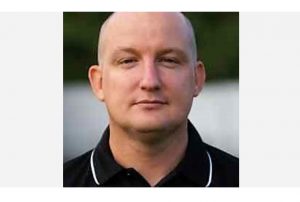 TILBURY FC are delighted today to announce that Joe Keith has been appointed as their manager.

During his playing career Joe played professionally for clubs including Colchester United, Leyton Orient and Brentford. He dropped into non-league football in 2007 with AFC Hornchurch, before going on to play for East Thurrock where he would later become a coach under manager John Coventry. Joe also had two successful years at Chadfields as player-coach, winning the league cup.

Tilbury chairman Danny Nash said: “It has been a tough week after receiving a high number of applicants, but Joe was the best appointment for the club at this time and I am excited he has agreed to join us. I am confident that Joe and John will bring some good times back to the club”.

Joe Keith said: “I am also excited to re-join the Dockers after two great years at the club. I am ready to get my teeth into the job”.

Joe will meet his new squad for the first time on Tuesday night, when Tilbury welcome Harlow Town to Chadfields in the Essex Senior Cup, before having a break in action for two weeks.