Blogspot: The arguments for Universal Credit 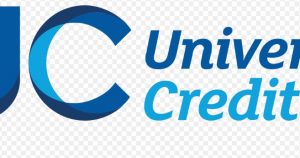 THE arguments against Universal Credit seem to be legion. However, we thought we would take this opportunity to show what the creators of the scheme think.

Here is a blogpost by the CEO of the Centre for Social Justice, Andy Cook.

“Universal Credit (UC) is one of the most effective poverty-fighting tools we have. The CSJ is committed to ensuring it rolls out effectively, and that the Government makes the most of its potential to change people’s lives.

When it is fully rolled out, between 250,000 and 300,000 more people will have a job. To put that into perspective, it is the entire population of a city the size of Newcastle.

Moreover, recent data has shown that, compared with the old welfare system, people are more likely to find work, stay in work, and earn more money when on UC. This is hardly surprising given it simplifies the system, gives claimants a single work coach to guide them through the process, and lets them keep more of the money they earn.

It is replacing an old system, which is so punitive that people out of work keep as little as 4p in every pound they earn if they take a job, undermining the principle that it should always pay more to work.

Many of us who worked on the front lines supporting people who were unemployed remember this situation well, driving against a work disincentive as well as the disadvantages that were commonplace in the toughest areas.

UC can change that.

The CSJ has been involved with, and supportive of, UC since day one – we, alongside many of our Poverty Fighters Alliance, designed it in our 2009 paper Dynamic Benefits before it was rolled out by government.

This week we have made further suggestions to the Work and Pensions Select Committee, and suggested ways that UC could be strengthened as it is rolled out.

If UC is to be as effective a poverty fighting tool as it can be, it will need strong leadership to see it through. While the principles of UC have near universal support, questions have been raised about the way the rollout is being conducted. There is concern that the way new claimants come on to UC has put some claimants under financial hardship, leading them to miss rental payments, take out expensive loans, and go without basic daily necessities.

Criticism has particularly focused on the wait before receiving the first payment. As UC is rolled out to more claimants’ groups, across more Jobcentres around the country, some organisations and politicians have called for a pause. We feel this would be a mistake. Any pause would increase uncertainty for JCP staff, cause confusion for claimants, delay the proven benefits of the system, and is ultimately not necessary for solving some of the implementation issues the Government is facing.

The CSJ welcomes the introduction of same-day budget advances to ease transition waits, and believes two further changes would help further smooth the shift of claimants moving from the legacy system to UC, and better reflect the original design and intent that the CSJ set out in 2009. These can be made without pausing the roll out and would go a long way to making the lives of many claimants safer and more secure.

Firstly, the Government could phase out the seven waiting days that all claimants must go through at the beginning of a claim and during which they aren’t eligible for any benefit payments. The premise of UC is that claimants are paid monthly, as you would be in any job. However, no job forces an employee to work for the first seven days for free. The cost of this small change would be approximately £140 million in the first year.

Secondly, the Government could reintroduce work allowances for all UC claimants, that were included until a few years ago. This would be a significant reinvestment in UC. The IFS estimates that, depending on how the work allowances were phased back in, this would cost £3.4 billion by 2020-21. The investment in work allowances would go directly into the pockets of those we most need to help. They increase the incentives for claimants to get a job, and help ensure that the job pays more than welfare by allowing the claimant to keep more of their pay check. Money for the investment could be found by stopping the planned increase in the Personal Tax Allowance, the benefits of which go disproportionately to wealthier earners.

As HM Treasury prepares the autumn budget, we are calling on the Government to make these changes. It will help make UC the most powerful mechanism for reducing poverty in the country. It will change lives and make work pay. This is an opportunity that should not be missed.

2 Responses to "Blogspot: The arguments for Universal Credit"