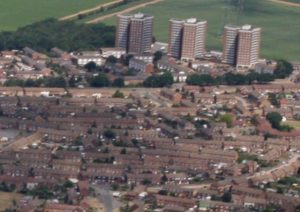 A HAUL of cannabis was recovered by officers after they executed a warrant at a house in Godman Road, Chadwell St Mary.

Officers from the West Operation Raptor team executed the warrant at the house today, Wednesday October 25 acting on information they received from the community.

Inside they found a cannabis factory with 272 of the Class B drug plants at various stages of growth.

The house also had a sophisticated set-up designed to enable the plants to grow including hydroponic lighting, large fans to keep the plants cool and help get rid of the tell-tale smell and it had also been rewired to bypass the electricity mains.

No-one has yet been arrested in connection with the warrant but enquiries continue.

Det Sgt Scott Fitzmaurice of the West Operation Raptor team said: “This was a significant set-up with a large number of plants at various stages of growth.

“We will not tolerate those who are intent on growing, supplying or dealing drugs in our county. We have taken a significant amount of cannabis off the street today and enquiries are underway to catch those responsible.

“If you are intent on being involved in the illegal drugs trade in Essex, you can count on the fact that it is only a matter of time before Operation Raptor knock on your door.”

The warrant comes as Essex Police is stepping up its action against those involved in gang crime and the illegal drugs trade even further with the launch of Operation Essex.

Teams from across the force, including Operation Raptor, Operational Support Group (OSG), roads policing, public protection and community and local policing, are coming together to specifically target those involved in drug supply in Essex as well as the associated violent offences which often go hand in hand with the illegal substance trade.

Officers will use a variety of tactics and are continuing to work with partners to safeguard those vulnerable to exploitation by drug dealers and gangs.

Anyone with information about drug or gang-related crime in their community can contact Essex Police on 101 or Crimestoppers anonymously on 0800 555 111.