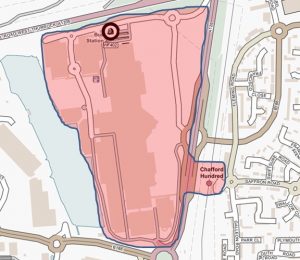 A dispersal order has been put in place at the Intu Lakeside shopping centre to allow shoppers to enjoy their day in peace.

The order, which will be in place between 3pm today (Saturday, November 11) and 1am tomorrow (Sunday, November 12), will allow officers to move on groups of people intent on causing anti-social behaviour.

It follows recent reports of anti-social behaviour in the area and a fight outside the shopping centre yesterday.

The fight had broken out outside the shopping centre at around 5.10pm and two women were splashed in the face with an unknown substance, believed to be a bleach.

They suffered reddening and stinging to their faces but fortunately were not seriously injured.

Chief Inspector Matt Cornish said: “This was a shocking incident but I want to reassure members of the public they are safe when going shopping at Intu Lakeside.

“Incidents like this are very rare and detectives are investigating it.

“We believe this was an isolated and targeted attack and there is no risk to the wider public.

“In response to this, and other reports of anti-social behaviour in the area, there will be increased patrols from both police and Intu Lakeside Security staff over the weekend, supported by a dispersal order to move on anyone intent on causing trouble.

“The dispersal order will not affect members of the public who want to go to shop and enjoy the Christmas Lights switch-on and I do not want you to be put off by it.

“We have put it in place so you can go and enjoy Intu Lakeside without the concern of anti-social behaviour.”