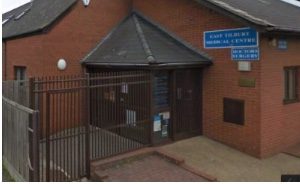 THE previously at-risk medical centre in East Tilbury has been saved following swift intervention from the Council.

Cllr James Halden, Portfolio Holder for Health and Education said: “As residents may remember, last year I reported that due to the debts of a former GP, the East Tilbury Medical Centre was on the brink of collapse which frankly would have caused significant problems for local people.

“The loss of provision would have meant hundreds of patients needing to move to GP’s in Stanford and Corringham, possibly adding further strain to these surgeries.

“The Council was clear that it was here to improve primary care in Thurrock and losing a good surgery would be a disaster.”

Work swiftly took place to pause the dispersal order, the order used to formally close the surgery – to allow for a recovery plan in a bid to save services.

“In January, I brought forward our intervention plan to do two vital things – firstly, that we would seek to use our own capital powers to purchase the building, and secondly we would secure the agreement from NHS England to retain medical services here.

“I am pleased, after 10 long and difficult months, The Council and the residents of East Tilbury have finally had success.”

Clarification on the nearby Rigg Millner practice was shared by NHS England recently following rumours that it was set to close.

Cllr James Halden added: “I understand that there are rumours NHS England intends to close the practice but this is not a true reflection of the situation.

“There is a legal dispute at this practice and therefore NHS England has decided to dissolve the practice and is looking to retender the service. The building is not at threat nor is the clinical offer.

“Simply, a new tender will be put in place to replace the current contract.”

“Finally, this is a great example of Thurrock being “done with” and not being “done to”. So, let me thank the fantastic team of council officers here, in the CCG and colleagues in NHS England for letting us get to this stage.”