No Tip-Toe-ing around just because it’s Christmas! 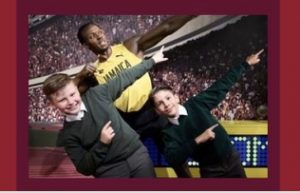 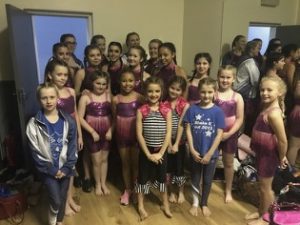 No Tip-Toe-ing around just because it’s Christmas!

ANY plans that the performers of popular local group, The TipToe Stage School, had of taking it easy in the run up to Christmas have been quickly squashed!

In fact, the past couple of months have seen the school busier than ever.

Just last night, Thursday 16 November, the school performed as special guests of the Mayor of Thurrock at his Civic Dinner, held at Blackshots Civic Hall.

The dancers performed three routines to rapturous applause with many of the guests congratulating them on their performances.

This followed a very busy weekend which saw many of the school’s younger pupils taking part in a Dance Competition held in Essex. The school were entered in many categories and came away with five “4th” placings, six “2nd placings and five “1st” placings. This was a massive achievement as the dancers were in competition with various other schools from around the country.

Some of the school’s other pupils have been busy showcasing their talents in front of the camera. Many (from both the Ockendon and Romford branches) were selected to be the face of a new promotional campaign for Madam Tussauds in London which is due to be launched just before Christmas. The school was approached after the pupils had been seen at a previous professional engagement and the creative agency were impressed with them.

And just recently, a selection of pupils have been filming the new “Christopher Robbin” film for Dreamworks in London where they were chosen for school classroom scenes in the forthcoming period drama.

Commenting, the School’s Principal, Julie Barker said: “It is great to see our pupils being recognised above and beyond their great achievements in class.

“It was a real honour being asked to perform at the Civic Dinner and showcasing the performers talents. Also, a huge credit goes to the children who were picked for the promotional campaign and for the Dreamworks film – not only were they selected for their talent but also for their attitude and behaviour. They are a credit to the school.

“The children’s success in the competition highlights that their technical abilities are just as important as their performance skills, so it’s important to recognise and say thank you to the parents who give up their time ferrying their children to classes and these events.

Finally, I must say thank you to every one of my teachers for their hard-work in training the performers and nurturing the talent our children have.”

If you would like information on lessons and how to join the school please email julieecarter@aol.com or call 07940 521864. You can also find the school on Facebook (TipToeStageSchool)