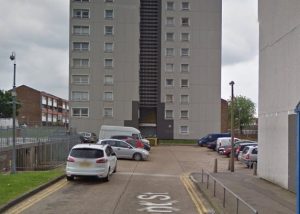 Thurrock Labour condemn Conservatives for ‘kicking away the ladder of opportunity’

The Thurrock Labour Party has responded angrily to new evidence that Thurrock has become one of the worst poverty traps in England.

A new report measuring the social mobility in each of England’s local authorities has found that Thurrock is among the 100 worst places for someone from a disadvantaged background to escape poverty.

“Like many other ‘forgotten towns’ outside of London the Conservatives have left Thurrock in a rut after deliberately destroying the industries which used to provide good, stable, well paid jobs in our communities. Now it is no longer possible for many of our children to move up in the world through talent and hard work. Instead the Conservatives multi-millionaire backers get richer whilst our neighbours are condemned to a life of poverty.”

“The Conservatives have left Thurrock with thousands of people on council house waiting lists, and young people with no hope for the future leading to rising crime and anti-social behaviour.

“But it doesn’t have to be like this a Labour council and a Labour government would invest in Thurrock, bringing opportunity back to our communities. Growing up in Thurrock shouldn’t mean losing the postcode lottery of life in England but that will only change when we get rid of the Conservatives.