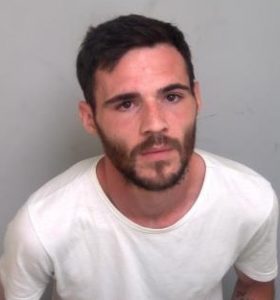 A MAN who burgled a home in Grays and then pretended to be a police officer when challenged has been jailed.

Kalum Lamptey, 30, of Parsonage Road, Grays, was sentenced to two years and six months for burglary after pleading guilty at Basildon Crown Court on Friday, December 1.

At around 4.15pm on Tuesday, May 30, the victim was sleeping on his sofa when he was woken by noises coming from an upstairs. He went to check and found Lamptey going through drawers in a bedroom before challenging him.

Lamptey then stated that he was a police officer before running out of the property with cash and the victim’s car key.

Police arrested Lamptey in Tilbury on Thursday, July 27, and later charged him.

Investigating officer Pc Richard Dines, of Grays CID, said: “Lamptey forced entry into the property in the middle of the day, snuck past the occupant as he slept and then started searching rooms upstairs.

“The occupant was woken by rustling bags and on investigation, discovered Lamptey in his home who then claimed to be police before running off.

“Lamptey will now have time to think about his actions locked in a prison cell.”