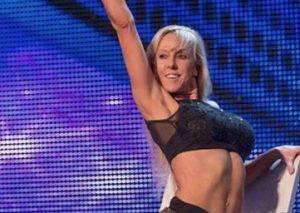 A FORMER Britain’s Got Talent contestant from Chafford Hundred is on trial for assault and wasting police time.

Keri Graham, had her fifteen minutes of fame when she lap-danced for Simon Cowell in a 2013 heat of the ITV show.

But now Ms Graham, of Grifon Road, Chafford Hundred is charged with assaulting a man in Brighton on March 4th, 2017, after being hired to perform a strip dance for him.

She is charged with punching her client as well as wasting police time when she reported that she was sexually assaulted by him.

The trial is taking place at Brighton Magistrates’ Court.