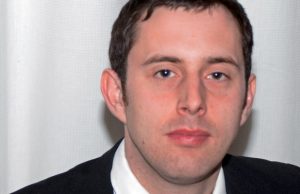 ‘I was not surprised to hear that the number of people responding to the Essex Police, Fire and Crime Commissioner’s questionnaire about police funding was extremely low.

Only around 8,000 people out of a total population of 1 300 000 Essex residents filled in the online survey giving Roger Hurst a very small sample size to draw any conclusions. Hurst can only raise the council tax precept which pays for policing by a very small amount without having to have a costly referendum. It is clear that with so few people, less than 1% of Essex’s population in fact, filling in this survey there is not enough evidence to say that such a referendum would receive a positive response; in fact I am almost certain that it won’t.

Across Thurrock we have seen police officers vanish from our streets and this is leaving local residents rightly concerned. To ensure that we have a fully funded local police force across Tilbury, Grays, South Ockendon and Chafford Hundred we need to see that funding coming from central government. This should be in the form of a progressive tax system like the one proposed in Jeremy Corbyn’s manifesto, with those who can afford to pay a little more doing so and without hitting those people who are already struggling to pay their bills. Having spoken to a number of police officers across Essex in recent weeks it is clear that the police force, like the rest of the public sector, have no faith in Theresa May’s Government. They have seen huge cuts in both officers and resources and like other public sector workers are themselves overstretched and undervalued. Only a Labour Government will ensure that there are more police officers on the streets, working with local communities to make them safer.