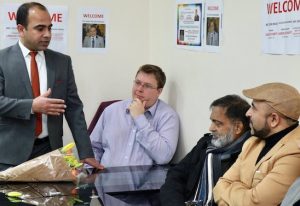 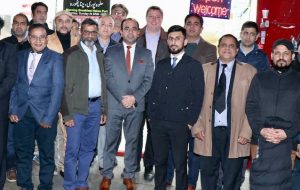 Speaking at the occasion, Cllr Gerrish said “Qaisar is a real asset for us and his work to bring different communities together is commendable.”

​Addressing the gathering, Mr Abbas said “I am really humbled to receive your support and assure you that I will always work for the betterment of different communities.”

Other speakers also praised Mr Abbas for his community work and gave assurance of their support during the upcoming election.

​At the end of the event, the host thanked all the participants and said “So many business personalities are here to show their support for Mr Abbas and I thank them for this.”