South Ockendon: Men try to lure boys into van with offer of sweets

ESSEX Police are appealing for information following an incident in South Ockendon.

Two boys, aged 11 and 12, were walking along Derry Avenue 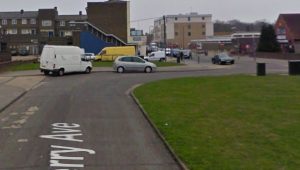 at around 7.25pm on Thursday, December 21 when a large white van pulled up alongside them.

It has been reported that two men inside the van told the boys to look in the back of the van where there were sweets for them.

The boys refused and ran off to a nearby shop where the men followed and waited outside until a member of the public intervened.

Acting Detective Sergeant Darren Coote, from Grays CID, said: “This would have been a scary incident for those involved and I want to make parents aware of it.

“If you saw the van or were in the area at the time of this incident I need you to come forward and contact Grays CID.”