Rogue landlords set to be targeted with new measures 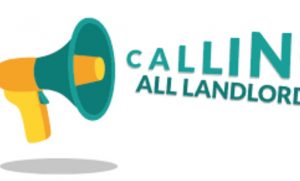 ROGUE landlords are the target of new measures being considered by both the government and Labour.

The government says landlords in England who want to rent a property to five or more people, from at least two different families, should be licensed.

Under the plan, the maximum number of people who can occupy a room would be specified in the property’s licence.

There are about 4.3 million households in the private rented sector in England. About 500,000 are houses in multiple occupation.

The Department for Communities and Local Government said the changes, subject to Parliamentary approval, would make flats and one and two-storey properties subject to licensing.

National mandatory licensing currently only applies if properties are three or more storeys.

It estimated that about 160,000 homes will be affected by the new proposals.

The government has also brought forward minimum bedroom sizes in a bid to deal with overcrowding and poor accommodation.

It is already waiting for approval from Parliament for regulations, which outline offences including burglary, blackmail, stalking, fraud and fire safety offences that will lead to a landlord being banned from letting out property.

Those who are banned will be listed on a database from April.

He said: “Through a raft of new powers we are giving councils the further tools they need to crack down on these rogue landlords and kick them out of the business for good.”