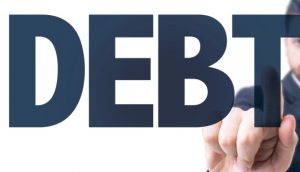 THURROCK’S Portfolio Holder for Finance has announced he will chair a Fair Debt Summit.

At the Cabinet meeting on Wednesday 13 December 2017, Cllr Shane Hebb announced that the Fair Debt Summit would meet in early 2018 to build on the innovative work of the debt recovery team at Thurrock Council.

Along with representatives from all parties and external bodies, the summit will look at three areas: how to help those who want to pay but have difficulties; cracking down on those who can pay but won’t and; how to best prepare the next generation about the dangers of debt.

After the meeting, Cllr Hebb said: “Thurrock collects nearly 99% of local taxes, which is used to fund our various services. The last 1% contains a variety of individual stories – those circumstances and examples are what I want people to come together and discuss.

“This is a subject which is very dear to me. I once sat in a Citizens Advice office, looking for a way to pay my dues and carry on putting food on the table. I remember those feelings – and I want to help those who want to pay their way, but are struggling to do so.

“As for the small segment of people who won’t pay, this summit will be looking at the furthest reaching measures to make you pay your dues. It may be that those who refuse to contribute now will be reliant on those services in future years. You are starving our social care teams of money they need to pay wages of those who look after those in most need.”