Thurrock Council apologise over state of bins in Bonnygate Park

THURROCK Council has apologised over the state of “dog bins” in a park in South Ockendon.

The problem came to light after a mother became appalled at the sight of over-flowing bins.

Local resident Chloe Darrah said: “Bins In Bonnygate Park have not been emptied for some time (this is since before Christmas)

“When I spoke to a council worker about the situation he said the new boss in charge has taken men off empty the bins as he thinks nobody uses the parks in the winter.

“Is this not a health and safety matter as children are there every day and now people are leaving the mess as there is nowhere to put it?

“This is disgusting. I have a 2-year-old daughter and I will not stop until these bins are emptied every day as they were previously.

We use this park every day. There is now limited green spaces in South Ockendon so let’s take some pride in them!”

A Thurrock Council spokesperson said: We would like to apologise for the delay in emptying the dog waste bins at Bonnygate Park in South Ockendon which should have been completed weekly as usual.

As soon as the Council received a complaint about the situation yesterday (Monday 8 January), officers attended the site and emptied all bins.

“To report overflowing bins and any other environmental issues visit, https://www.thurrock.gov.uk/environment-and-safety.

YT has also spoken to UKIP councillors Chris and Jan Baker who are regularly out and about in their Ockendon. Both have pledged to keep an eye on the bin situation. 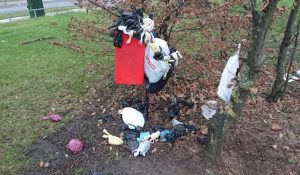 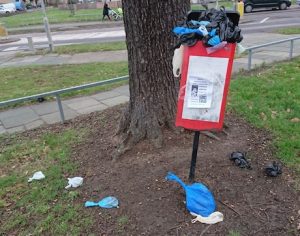 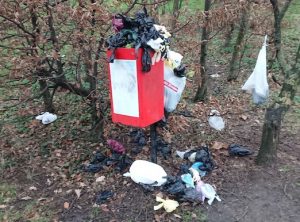 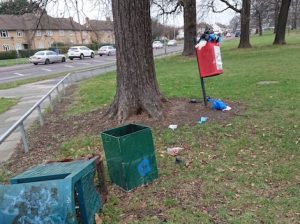